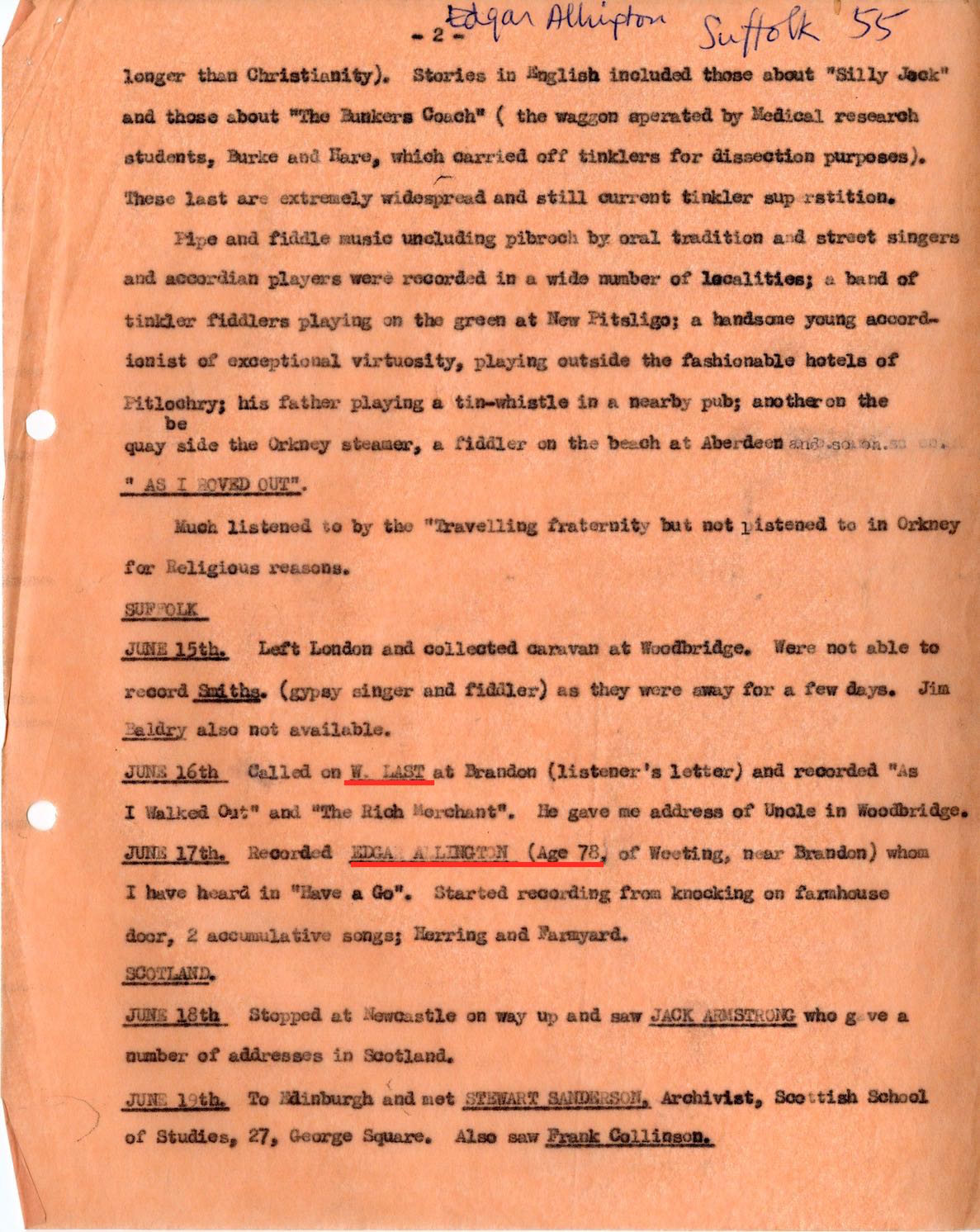 The original tape(s) for this session do not appear to be in Peter Kennedy's collection, nor are held in any other format at the British Library.

The original tape(s) for this recording session (or parts of it) do not appear to be in Peter Kennedy's collection. However, a dub was made onto 78rpm disk(s) by the BBC at the time. These undigitised disk(s) can be found in the British Library catalogue here: BBC 23622, BBC 23930